create a site for free

"You Are My Favorite Song" now available!

Every child is special and unique. YOU ARE MY FAVORITE SONG is a collection of 24 original full-color musical paintings along with a loving message to remind young hearts everywhere of their value and worth. Told in rhythmic rhyming verse, this book is a celebration of music, art and love visualized in a fun and memorable way as an introduction to creative expression and the power of words.

FELICIA "feliFRESH" JAZMIN spent her childhood drawing, painting, singing, dancing and playing the piano and the drums. Eventually becoming a live artist and musician while working as an art teacher in Los Angeles led to her passion for empowering children with self-confidence and building self-esteem through artistic outlets.

For all ages to enjoy, YOU ARE MY FAVORITE SONG encourages children to be themselves and expresses how cherished they are. This vibrant book all about love makes a great gift for birthdays, baby showers, graduation, Valentine’s Day or anytime of the year! 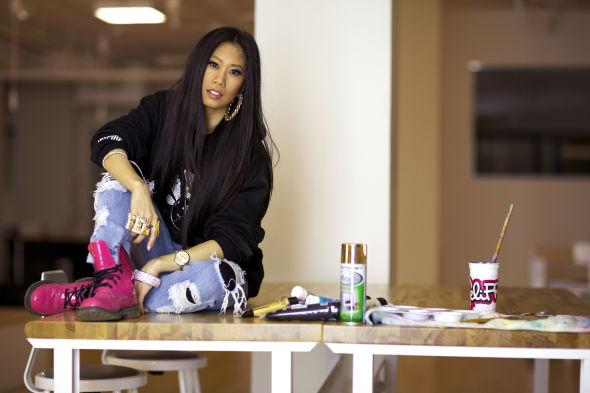 Felicia JAZMIN, also known as “feliFRESH”, is a Los Angeles based visual artist with a passion for music and a love for expressing the musicality of painting through the soul of a brush.

With a mother as a piano teacher and a father as a preacher, Felicia and her three sisters grew up singing together in church. Influenced by oldies, jazz, hip-hop and the like, they formed a singing group called JAZMIN Sisters. Driven by gratitude to the producers, mentors and friends who played crucial roles throughout their career, Felicia began creating music-inspired paintings for their homes and recording studios. This collection led to her first live art exhibit and opportunities to display her work in various galleries, studios, festivals and events.

Being a singer and a musician, Felicia paints the essence of visual music in every piece as she relates the blending of color onto a canvas to the harmony of layering sound in a recording studio. Representing a “fresh” generation of creatives with her distinct style, Felicia “feliFRESH” JAZMIN continues to push the boundaries of an artist by definition and aims to inspire dreamers everywhere through her story.

For all inquiries, email: booking@feliFRESH.com or fill out the form below:

Thank you for your inquiry!